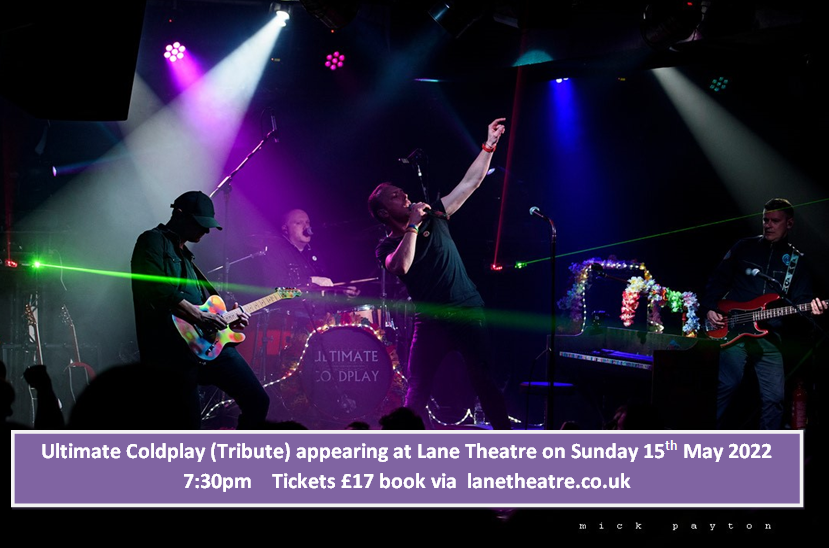 Formed in 2017 and centred around Chris Martin look and sound-a-like front man David Jenkins, Ultimate Coldplay have been wowing audiences across the world with their amazing Coldplay tribute show.

Winners of ‘Best Tribute band of 2018’ at The National Tribute Awards, Ultimate Coldplay impressed the judges with their amazing likeness and stage mannerisms to the real Coldplay and meticulous attention to detail. In 2019 they played their first round of international festivals in Malta, Switzerland and the UK, proving they were able to deliver their spectacular show to larger audiences as well as smaller venues and theatres around the world.
In 2020 Ultimate Coldplay embarked on their first tour of South Korea playing the prestigious KBS hall in Seoul and returning to the UK to be the headline act for Butlins national summer tour playing over 80 dates. They have also performed live on BBC Radio 2 and interviewed for The London Evening Standard.
Ultimate Coldplay bring you all the energy and excitement of a real Coldplay concert playing all the hits in a spectacular 2 hour show. Songs include Yellow, Paradise, Sky Full of Stars, Higher Power, Fix You and many more.