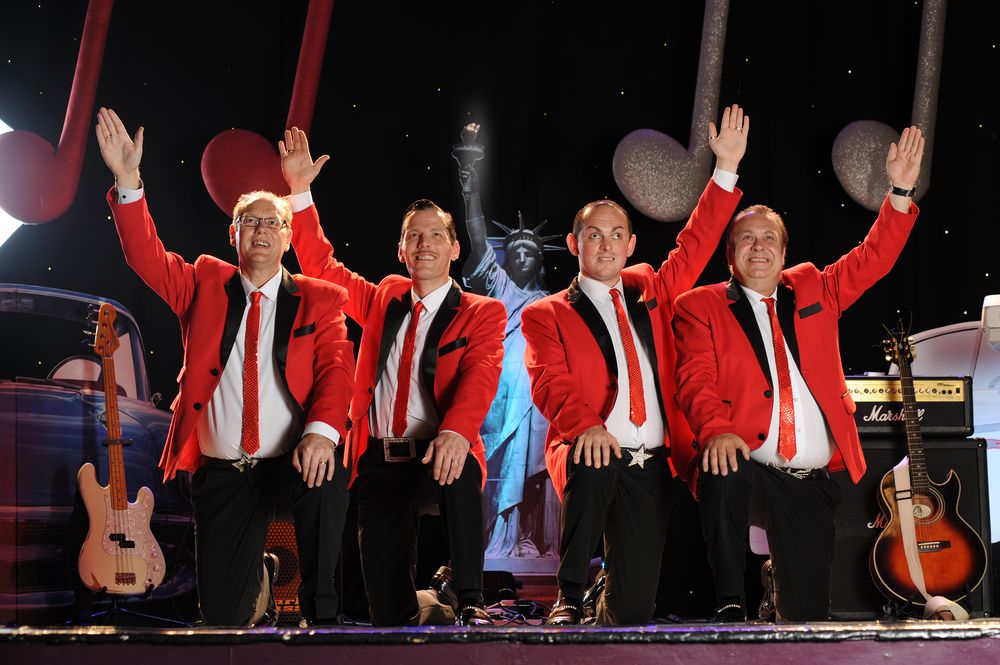 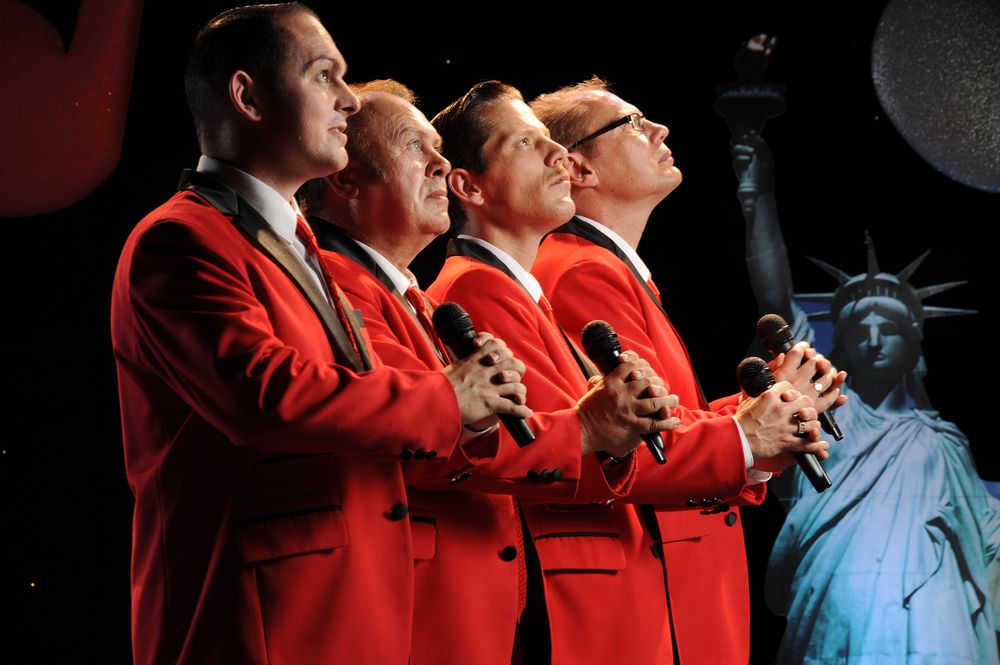 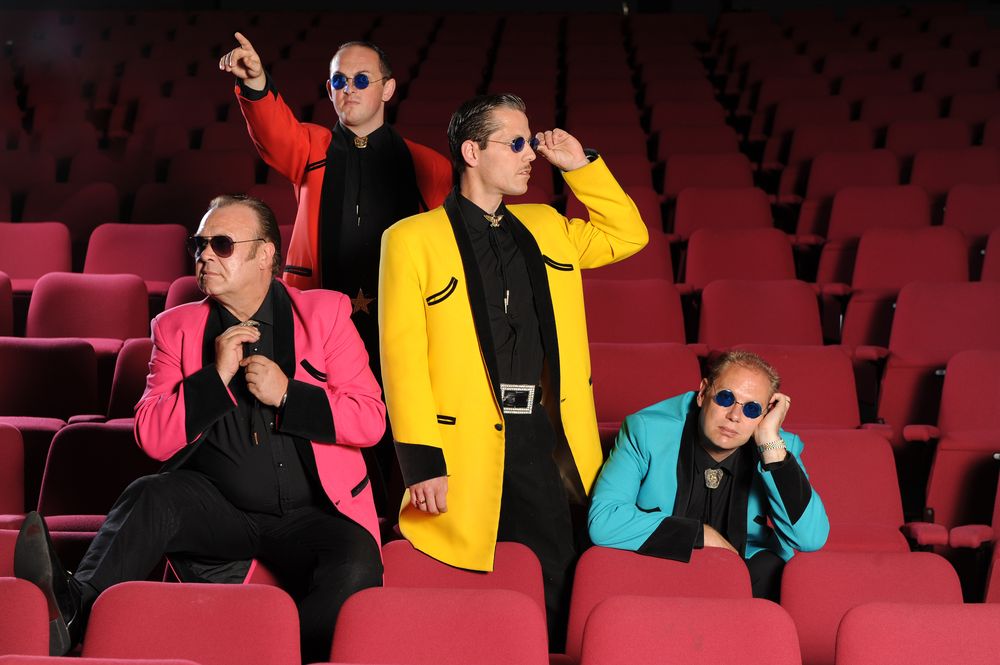 The Music of Frankie Valli and the Four Seasons.,
plus a tribute to Showaddywaddy

The New Jersey Boys, based in Plymouth, take their audience on a nostalgic musical journey through the career of one of the biggest selling groups of all times – The Four Seasons. This choreographed show, featuring the amazing falsetto voice of Einar Vestman and the talented all round entertainer Gary Gould, is a clever mixture of tight vocal harmonies, superb solo spots and light comedy.

The packed two set programme includes all the hits such as Sherry, Big Girls Don’t Cry, Walk Like a Man and many more. This is a wonderful opportunity to see where it all began when four boys from New Jersey, USA invented their own unique sound which became a worldwide success. Early booking is recommended for this show which consistently sells out at venues across the UK.

Add a touch of Showaddywaddy as well as some musical memories of Elton John, Tina Turner and Freddie Mercury and this is a show you cannot afford to miss, Book now!
Don’t be surprised if you find yourself singing and dancing!