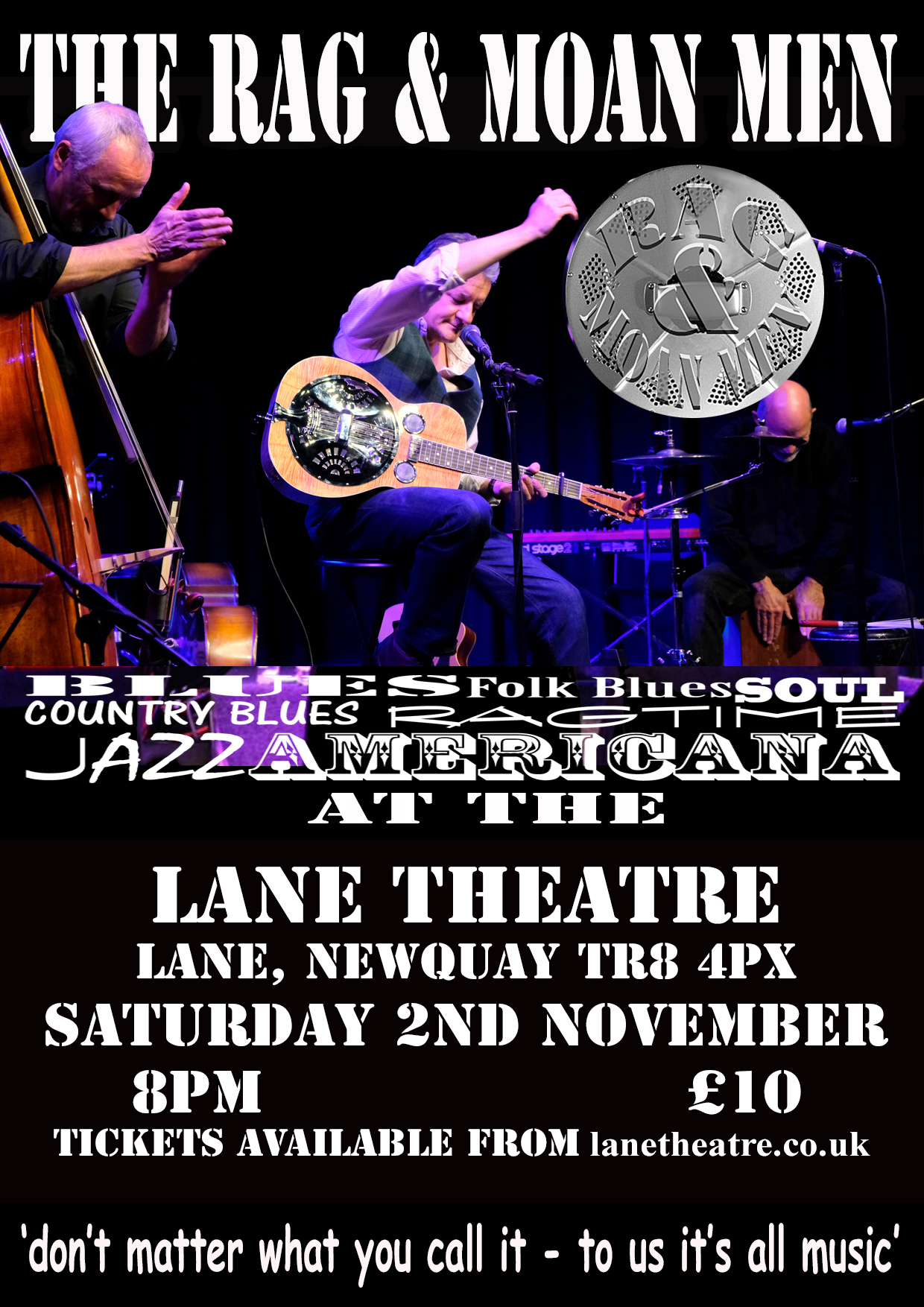 Here are men from the wilds of the Hampshire Berkshire borderlands not singing the Blues because they’re unhappy or deprived but because it’s what they do.

The Rag and Moan Men play roots Blues – the kind of blues which was recorded by a man shouting into a can. While a covers band or a tribute band try to replicate the sound of the original, the Rag and Moan don’t.

This is Blues re-created for now, not looped and driven by a drum’n’bass backing track but played so that you can hear the tune and the words – not always the way with the current or early recordings.

Blues has the power to grab and enthuse audiences across the centuries and it has done that to Martin, Andy and Dominic. On one level you could say they believe that art is the pursuit of truth and that the Blues is a timeless expression of truth through music. They’d probably say they’re having a lot of fun.

If you’ve heard of and/or like Furry Lewis, Washington Phillips or the Rev. Garry Davis – you’ll like the RMM.

JJ Cale and Little Feat – you’ll like the RMM.

You get the idea.

Oh, and if slide guitar floats your boat – prepare to be set adrift.